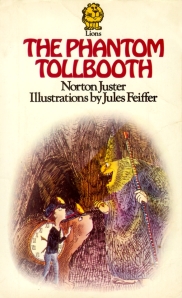 “It seems to me that almost everything is a waste of time,” Milo remarks as he walks dejectedly home from school. But his glumness soon turns to surprise when he unwraps a mysterious package marked ONE GENUINE TURNPIKE TOLLBOOTH. Once through the Phantom Tollbooth Milo has no more time to be bored for before him lies the strange land of the Kingdom of Wisdom and a series of even stranger adventures when he meets the watchdog Tock who ticks, King Azaz the Unabridged the unhappy ruler of Dictionopolis, Faintly Macabre the not so wicked Which, the Whether Man and the threadbare Excuse among a collection of the most logically illogical characters ever met on this side or that side of reality.

‘This marvellous story about a spoilt boy’s somewhat Alice like journey into the world of words and numbers must be one of the most brilliant pieces of nonsense written in our time, and not so nonsensical either.’
Naomi Lewis, BBC World of Books

The Phantom Tollbooth available on Amazon 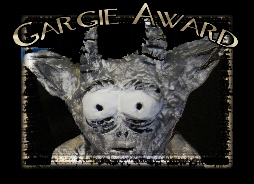